The Lineage of the Sehaji Masters

The lineage of the great Sehaji Masters includes many of the Masters whose stories we have shared on this website. For though the Path of the Light and Sound has gone by many names in many different cultures, the purity of its teachings remains the same.

That means that Mary, the Mother, her son Issa or Jesus, and also Mary Magdalene were trained in these traditions, because all of them were Essenes.

These teachings of the Light and Sound were part of the secret teachings of Jesus that were hidden by the establishment of the early Church, but were passed down in secret to the earliest Gnostic Christians. The Gnostics were the direct recipients of the Essene and Christian Mystery School traditions. 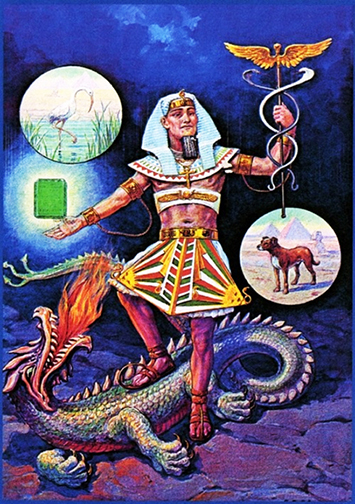 Next this knowledge was transmitted to the Christian Cathars in France, and then to the Knights Templars in that same region. Eventually we discover it in the hidden teachings of the Rosicrucians and the Freemasons as knowledge of the “Lost Word of God” that must be found and retrieved in order for the doors of wisdom to be opened.  This lost Word is the Shabda, the Sound Current, known only to the greatest mystics. 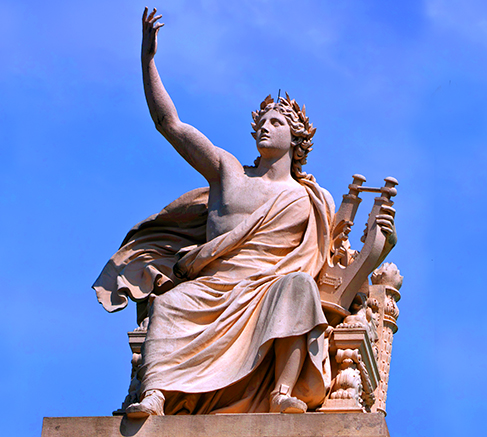 In the Greek lineage, the knowledge of these secret teachings and the Rod of Power itself was given to the spiritual teacher Orpheus. Orpheus taught the Greeks about the immortal nature of the Soul, our ability to travel into the Inner Planes, the mechanisms of reincarnation, and the power of the Light and Sound itself to directly link seekers up to these Inner Worlds.

Because of the power emanating from the Rod, his teachings went out to influence and inspire Greek philosophy and culture for more than a thousand years.

From this immense energy field, these teachings of the Light and Sound then moved into the Oracle Temples of Dionysus, Demeter and Apollo, and centuries later into the wisdom schools of Pythagoras, Parmenides, Plato and the Eleusinian Mysteries.

Finally they made their way to the Neo-Platonic teachings in Alexandria, Egypt around 200 A.D., and infused the philosophies of Plotinus and Hypatia of Alexandria.

When the Neo-Platonic schools were destroyed by the Catholic Emperor Theodosius around 400 A.D., the direct processes taught by the Path of the Light and Sound were forced to go underground.

The secret teachings of Jesus were obscured by the Church, over fifty gospels discarded, and the force of the warlike Roman Empire who had adopted the “new religion” took hold.

The knowledge of the direct path to God or Sugmad, retreated into the monasteries of the Far East, where they were kept by the Great White Brotherhood, or White Robed Order, until such time as they could once more return to the world. 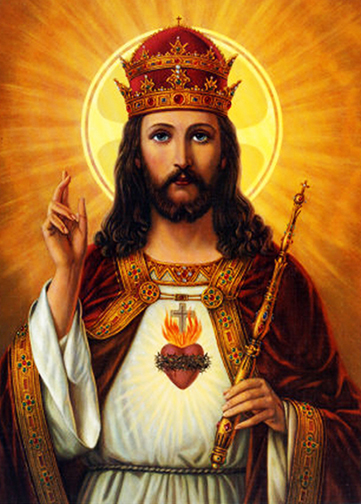 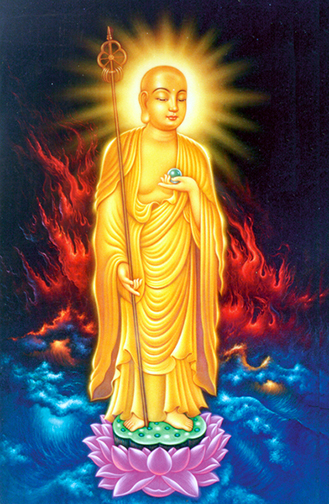 Over the centuries some of this wisdom was released within the Eastern paths of spirituality, that had always sought to align with the simplicity, beauty and heart of God in the great paths of Vedantaism, Shintoism, Jainism, Buddhism, and in Eastern philosophers like Lao Tze, the great teacher of Taoism.

The Rod of Power was then passed from Master to Master though hidden groups, with its great steward, Rebazar Tarzs being its guardian for the past 500 years.

Rebazar was largely responsible for grounding the Rod in the physical world between the tenure of any of the Living Masters, and also for assisting those who held the Rod to help them maintain their bodies and to function in the outer world.

This brings us to the modern era.

In the 1950’s and 1960’s a man named Paul Twitchell traveled widely in the East in search of deeper answers to the same perennial questions that we all have asked: “Who am I? What is God? Where do I come from? How is the Universe made? What is the point of it all? Where do we go when we die?”

In his journeys to the East he met Kirpal Singh who was the current holder of the Rod of Power. Paul, who was known as Paulji, was then initiated in the path of the Light and Sound. Seeing the dissension that was occurring in the Surat Shabda Yoga group, Kirpal Singh who was the master of Rebazar Tarzs, realized that the Rod of Power had to be reestablished somewhere else.

Deciding that the oppression of the Catholic Inquisition had finally ended after six centuries, Rebazar Tarzs asked Paulji to take the Rod of Power back to America and return to the West to bring these teachings to mankind. Paul agreed.

On October 22, 1965, Sri Paul Twitchell, whose spiritual name was Peddar Zask, received the Rod of Power, and became the 971st Living Master. He established the modern day path of the Light and Sound (whose name we will not mention here), and over the next seven years he wrote thirteen books about his inner travels, his discovery of the secret legacy, and his exploration of the Inner Worlds. 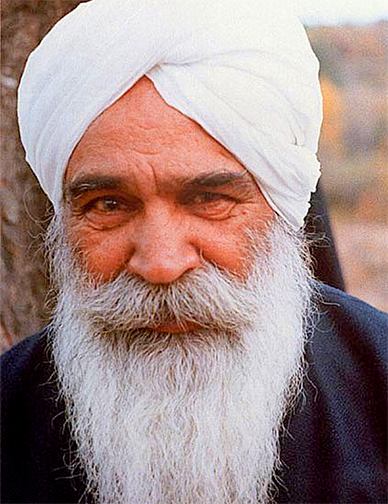 On October 22, 1971, the Rod of Power was passed to Sri Darwin Gross, (Dap Ren) a man who, like many Masters before him, had achieved a high level of consciousness over many millennia. However in this lifetime, Sri Darwin had only rediscovered the Path of the Light and Sound on the outer a few years earlier.

As the 972nd Living Master, Sri Darwin held the Rod of Power for over ten years, and as that western expression of the Path of the Light and Sound blossomed, it attracted thousands of Initiates worldwide. But the Rod of Power is not an easy thing to carry. It is powerful beyond measure, for it connects the Lower Worlds of time and space with the Higher Worlds of the Divine. And if you have not grounded yourself, and cleaned out the impurities in your subtle energy bodies, such enormous power can throw even a highly evolved Soul out of balance. 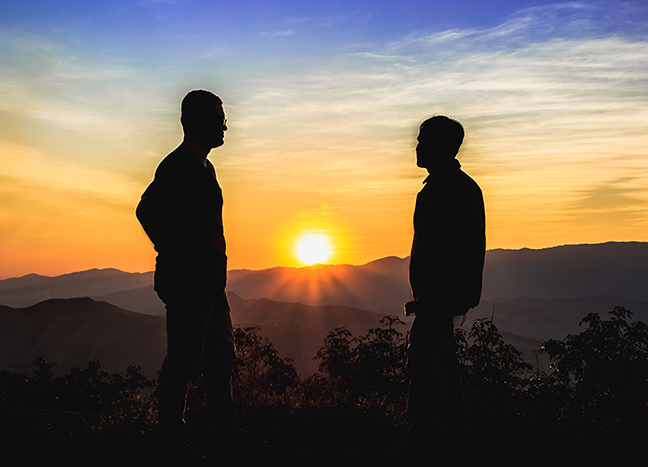 Towards the end of Dap Ren’s tenure, this imbalance began to happen. So it was decided by The Grand Council of Masters, those in charge of selecting successive living Masters, that the Rod of Power should be passed to a soft spoken, unassuming man with a pure heart, by the spiritual name of Wah Z, making him the 973rd Living Master in 1981. Wah Z was a consummate storyteller with a droll sense of humor that endeared him to his followers with his folksy ways.

Wah Z was also a Christian man who had gone through training as a Lutheran minister, so that he had the programming engrams of the Christian Church, including fear, exclusivity and the threat of punishment to those who would stray from the path. But this is not the way of the Light and Sound.

The Light and Sound is a frequency that is deep, rich, broad, loving, and above all, inclusive. This is the power that creates, maintains, and sustains all creatures, all worlds and all beings. These are the currents of Love, not fear and limitation. It cannot and will not be limited by the dogma of negative programming.

So, in time it became clear that the Rod of Power had to move, so the winds of change began to blow.

The Rod of Power was then given to a humble man of great depth, wisdom and kindness who taught elementary school children. This was a man of courage and deep devotion to the Light and Sound, who understood the challenges of the downtrodden. He knew the path of pain and suffering, of compassion and forgiveness, and in his humility and humanity he had the aura of greatness around him. His name was Sri Michael Edward Owens (or Dan Rin). Sri Michael was not only a teacher, but also a highly educated man with several advanced degrees, including a master’s degree in education.

That night, in the wee hours of the morning, on October 22nd, 2003, in the Valley of Tirmer, the Grand Council of a thousand Masters met. They took the Rod of Power from Wah Z and gave it to Dan Rin. The transfer had been made. The decision was the right one.

Those who followed the Path of the Light and Sound, the true Rod of Power, could feel or see the majesty of the shift. Others, who had grown used to the comfort of that outer path, were confused or uncertain with what had transpired.

So to prove what had occurred on the Inner Planes, Dan Rin, the Inner aspect of Sri Michael, brought forth the writings transcribed from a book of light on the highest planes of what would be the fourth volume of the holy book of that path.

These books are also known as the Way of Truth Eternal, and exist in the Temples of Golden Wisdom on each successive plane of the Universe. Only by achieving the highest state of consciousness could a Master bring these teachings down into the physical world.

Once the book was written down, Sri Michael presented it to the governing board of the former path. They did not want to recognize or acknowledge the validity in Sri Michael’s writings. 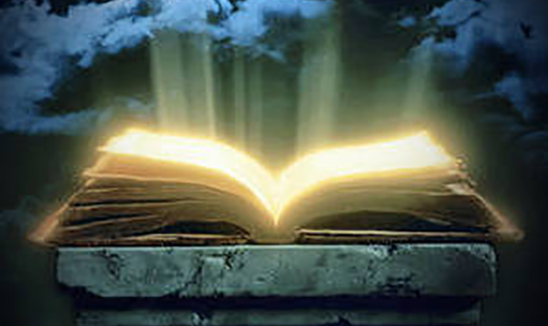 Many dedicated and loyal students no longer knew who to follow or what to do. Should they stay with the man they had been following, or leave with the humble teacher who held a book of illumination in his hands?

At this point, the outer paths diverged. Many Initiates left that outer path, following the Mantle of Light and Sound that they could see and feel around this newly chosen Living Sehaji Master, Sri Michael.  Other Initiates stayed, feeling their loyalty was being tested.  It was a difficult choice.

Following the advice of the Grand Council, Sri Michael set up The Way of Truth in 2003. He renamed what would have been the fourth volume of the former path’s Holy Book:  The Way of Truth Eternal, Book I, Ancient Teachings of the Light and Sound of God: How to Live Life in the God Worlds. The organization’s name, The Way of Truth, was suggested by Parmenides, the great spiritual adept from Greece, who had called his path by the same name some 2,500 years earlier. And that brings us to today.

THE LEGACY OF TODAY

In 2018, the Rod of Power passed to another humble servant of the Light and Sound of God, the 975th Living Sehaji Master known as Sri Maximilian, whose spiritual name is Daru Drin, meaning “Father of Dragons.” Embodying the majesty of the Rod of Power, Sri Maximilian is another powerful servant of the Divine. His foundational teachings of Love strip away all dogma, and go right to the Heart of God. 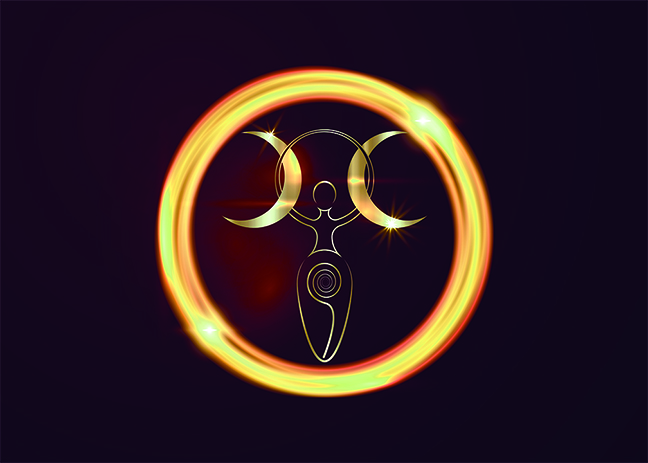 And now, in 2020, we welcome the newest living spiritual Master into the Circle, Shri Mata Devi meaning “The Divine Mother of All.”

As the 976th Living Sehaji Master, she is the first female living Master of this modern era. The decision by the Grand Council to place a female in this position is because of the importance of bringing the balance of the Divine Feminine back into this Universe at this very crucial time in history.

She embodies the heart of the true mystic, the compassion of a mother, and the historical grounding of vast knowledge in many ancient paths of wisdom.

She is trained in the Mystery Schools of Egypt, Greece, the Far East, the Native American traditions, the Kabbalah, Hermetics, and in mystical Christianity.

This powerful synthesis honors all great teachers and traditions that have carried the messages of Love, kindness, balance, and enlightenment forward to make this a better world.

We welcome Shri Mata Devi, the 976th Living Sehaji Master, as she begins her tenure in the vibrational field of the Rod of Power.